Statement from Extreme Expeditions through Lori Simmons
(Who is a Friend of mine on Facebook):


I stand by our research 100% This was my father's discovery and his research area of 28 years, were the team and I researched and I visit on a regular basis. For us the activity that we experienced is truly mind shocking. It takes you ou...

t of everything you have ever believed in. This is an area that I'm continuing to build the trust with them. If your in their area they will let you know they are there if they want you to know...They obviously felt comfortable with the team being there with me. We experienced activity during the entire 10 days we were there. When I got home I felt like I just got back from Mars... I know as a researcher you have to keep an open mind because anything is possible. Throwing tomatoes is one thing but slander is another ballgame!
See More

It’s a shame that people have resorted to personal defamation of character with regards the images we posted recently from our last expedition.

We don’t mind that people have a variety of opinions, that’s why we put the images out there, but when people start to post images that openly attack your character and integrity, then that’s a step in the wrong direction or perhaps I am taking it too se...

Adam and I have been all over the world these last 14 years, and have sacrificed a great many things to indulge this curiosity in unknown animals, but we have always been honest and open about our findings or lack of, and those that know us will vouch for this. We’ve brought back whatever evidence we can to try and help explain away the mysteries and always submitted this to experts in their field, accepting their analysis - all we have ever said we are is field researchers – the science and clarification – we leave to others.

So, coming back from the States, we kept to the same tack we always have, to freely share our images and research, once anything that stands out from the norm has been analysed. Forgive us that we set up a camera in camp to capture any night-time wildlife, that the many other cameras that we placed on trails and deep in the forest captured nothing suspicious. We didn’t set it up with the intention of capturing anything other than raccoons (which we never saw) or any other kind of forest denizen. When we found something on a photo that wasn’t one of the team - that wasn’t someone in a sleeping bag as neither of the people outside that night had baffles or hoods to keep them over their heads, that wasn’t one of the two people on the team that smoked - one snored happily all night, every night, the other on that night was asleep on the ground who, if he had woken up for a smoke at 2:30 in the morning, I’m sure he would have remembered and shared it with the team when we all tried figuring out what the image was on camera – we couldn’t explain it away. But it certainly made us think and discuss it. Enough to get it analysed by people who could come to no confirmed conclusion so we, (now I personally realise), naively, thought – “this would be good to share with the community to see what they think.” – and that was our only and ever intention.

People will always have their opinion and we respect that – we could say a hundred times – “it’s not one of the team in a sleeping bag” – but someone will say a hundred times that it is. There is no issue with that, we have said we don’t know what it is, that we were in an area known for Bigfoot activity, but we certainly know that it isn’t one of the team or a wandering person in our camp. That’s OUR opinion.

People have done their own independent research into it and spent hours analysing it since its release, others have just said “sleeping bag” and left it at that. Either way – to us it’s just an interesting image that isn’t one of the team that we wanted to share.

What I personally feel is a step too far is people creating elaborate explanations for the picture and releasing character defaming images, when they haven’t even had the decency or professionalism to get in touch, to find out our side, to find out what else we did or didn’t do.

Hoaxing? Personally – I couldn’t be bothered and certainly am not interested – I do this for my own curiosity, not for the attention or the appraisal of others – and then I wouldn’t even know where or how to start – I would rather have gone to the States, experienced some of the area, got a feel for the legends and come back with no evidence – as it is – we came back with an interesting image, and I came back having nearly lost an eye and I’m still receiving medical attention 6 weeks later.


World's only 24/7 Bigfoot News Blog: Encouraging readers to draw their own conclusions from the
evidence and arguments. 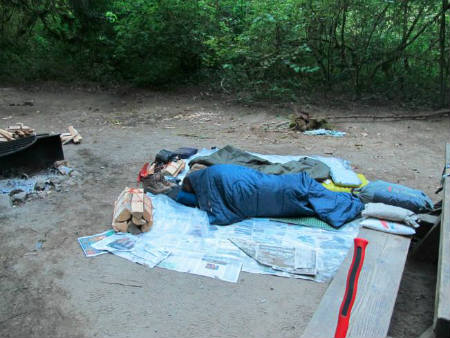 Editor’s Note: This is a post by Bigfoot Evidence contributor, Damian Bravo. You can join his Facebook group, Sasquatch Lives?.

The Extreme Expeditions Group gives full disclosure and Exclusive of more Photos and Info from the Supposed Strange Figure Sighting on SEP 4th, 2012 to Bigfoot Evidence. (The Debate rages on) 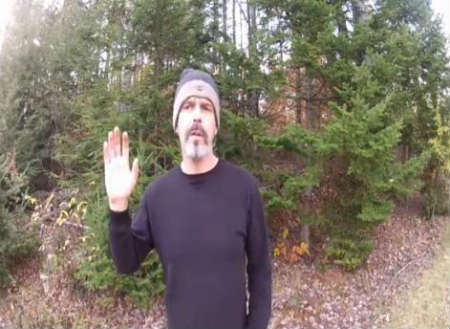 Was it a mistake for the Extreme Expeditions team to release the trailcam photographs? Cryptozoologist, Adam Davies and researcher, Lori Simmons must feel extremely frustrated right now, and we don't blame them. Just this morning, Loren Coleman pulled an article from Cryptomundo titled, "Davies Expedition’s Alleged Hoax", suggesting the "creature" photo is fake: "Extreme Expedition's #Sasquatch is supposedly a FAKE! #Silliness #Stupidity". Coleman wrote the following as the reason why it was removed:
Read More
Posted by Anonymous at 16:53