http://unmyst3.blogspot.com/2009/09/utah-lake-monster.html
Utah folklore says the state’s Great Lakes house not one, not two, but five fearsome water monsters. Early Native Americans believed some lakes were cursed by ‘Water Babies’ who would coax travellers into the water to their deaths. Utah Lake, a 150 squre mile body of water in north-central Utah, has a rich tradition of monsters and other unnatural creatures living in its depths. The Ute Indians told legends about evil dwarfs living in the waters of the lake. The Indians called these "water babies" because they made sounds like crying babies that lured mortals into the water where they drowned. The Ute also told of a "Water Indian" who would drag unlucky braves to their deaths. They also told of a creature so large it was able to swallow a man whole.


Local natives said the great serpents had disappeared in the 1820s, but by the 1860s white settlers were reporting incidents involving huge, terrifying, scaly creatures. The Utah and Bear Lakes in the north have had most sightings of these monsters; indeed, the description witnesses provide suggest these lakes each have one of a pair of twin water-dragons. Reports from white settlers to the area soon seemed to confirm the tales of the enormous creature, at least. The first reported sighting occurred in 1864, when Utah settler Isaac Fox saw a 30 foot long reptile near the lake's north shore. According to Fox, the beast chased him to shore, then swam back to join another monster in the water. Later that same year, a visitor to Utah Lake named Henry Walker claimed he saw what looked like a large snake with the head of a greyhound, which frightened him so much he fled the water. Over the years, there were frequent accounts of reputable people, including local priests, meeting the beasts. All witnesses provided the same description – that of a giant snake’s body with short, trunk-like legs rising out of the water with an enormous mouth and fearsome black eyes.

In the late 1860s the idea of hunting down the monsters gained favour. Young local men tried shooting at them. Some successfully hit their targets, although no one was ever able to sufficiently wound the beasts in order to capture them. One farmer heard rustling in his garden one night. Using only his old rifle, he confronted and shot the creature, only to discover it was his neighbour’s heifer. Over the following years, several more sightings occurred. In 1866, for instance, two men claimed they saw a large yellow creature with black spots and a red forked tongue. In 1870 real physical evidence was recovered, when fishermen from Springsville, a nearby town, found a large unidentified skull with a five-inch tusk on the jaw. The next year the Salt Lake Herald even revealed that the monster had been caught, but what happened to the body of the captured creature is unknown.

In 1871 two local men were out fishing on Bear Lake when they saw the monster rise from the water. They said they managed to hit the beast with shots from their rifles, but the beast just swam away. A wagon train captain called William Bridge said in 1874 that he had also seen the Bear Lake beast. Bridge reported that the creature had been about 20 yards from shore when it surfaced from the water. ‘Its face and part of its head was covered with fur or short hair of a light snuff colour,’ he said. Bridge also described it as having a flat face with large eyes, prominent ears and a four or five-feet-long neck. Two boys claimed to see the beast in 1880. According to their story, they saw a creature approaching from the middle of the lake. They thought it was a dog or a beaver, and paid no attention to it -- until it got closer and they saw how huge it was. They claimed it roared like a lion, opening its three-foot-long alligator-like jaws and lifted itself part way out of the water. The thing had four legs, each about a yard long. The boys screamed and ran away.

In any case, by the mid-1880s, reports of the Utah Lake Monster ceased. Some theorize that the whole thing was a hoax from the beginning, and that lake monster hoaxes had simply fallen out of fashion. Bear Lake residents were so affected by Bridge’s testimony that they decided to make a trap to capture the beast. Two prominent local citizens, Brigham Young and Phineas Cook, hatched a plan which involved little more than a giant fishing line. They linked a 300-feet-long, one-inch-thick rope to a large hook with a huge slab of mutton attached as bait. The position of the rope was marked by a buoy floating on the lake surface. Although the trap was often robbed of meat, no monster was ever caught. Lake monster sightings had fallen away drastically by the end of the nineteenth century.

There was another sighting of the creature in 1921, followed by a brief flurry of sightings, but since then the Utah Lake Monster seems to have disappeared for good. Since then, one of the few reliable reports was in 1946 by a local Scout master who said he had seen the bizarre creature appear on the surface of the lake. The account was widely regarded to be so detailed and accurate that only the most ardent sceptic could doubt it. Local wags have also pointed out that Scouts don’t lie. But some still do question the truth of the Utah Lakes monsters.

In his lecture on the subject to the Utah State Historical Society, local historian D. Robert Carter said he actually believed the monster was a species of giant bug – humbug. As long as these tales have been told, skeptics of the Utah Lake Monster have been plentiful. Scoffers suggested that the witnesses were seeing nothing but floating logs or swimming birds and letting their imaginations run wild. Some historians believe that the lake monster tale was the settlers' way of adapting the original Indian myths.

Hmmm, I have heard of a loch ness type creature in Utah Lake. I have also heard of a Native American woman haunting the lake. I didn't know there were so many others in their. I guess they have plenty of sediment and other stuff to hide in. I'll have to watch more carefully next time I'm out there.

This story appeared in The Daily Herald on page B2.

[The Water Babies seem identical to the Pukwudgies further to the east, or to Tyler Stone's Freshwater Monkeys. Tyler Stone would also say they were the same as the Thetis Lake Monsters] 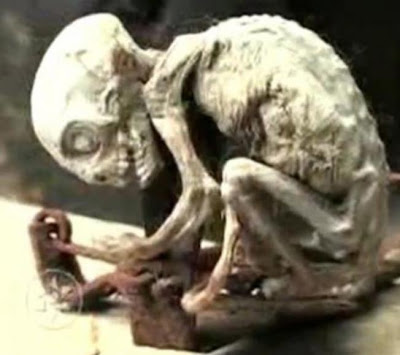