The Jersey Devil On Video - 1st Footage Of It Ever Caught!

I should mention I had intended to run the video before Bigfoot Evidence put the notice in.
http://www.youtube.com/watch?v=4f2nNkgOSa4#at=356


The Jersey Devil On Video - 1st Footage Of It Ever Caught!

Bigfoot Evidence World's Only 24/7 Bigfoot News Blog: Encouraging readers to draw their own conclusions from the evidence and arguments.
http://bigfootevidence.blogspot.com/2013/08/watch-this-jersey-devil-on-video-1st.html


Watch this: The Jersey Devil On Video - 1st Footage of It Ever Caught [Free Documentary]


The Jersey Devil has been seen in southern New Jersey and eastern Pennsylvania in the Pine Barrens or Pinelands for over 300 years, yet it has never been caught on video, filmed, or even photographed -- until this paranormal team caught the first footage of the Jersey Devil. It looks like the same creature people have been claiming to see since the 1700s. Watch below[above]:
Here is the image from the video: 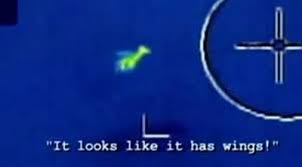 Now as to what people have been seeing for the past 200 years is fairly easy:
its a sort of a crane
I think so now and I said that twenty years ago at the SITU headquarters in New Jersey after going over the creature's then-available dossier..

BUT there is the more annoying part about witnesses seeing a long-snouted bat-winged creature that more recently is often called a "Pterodactyl." Oddly enough, several people have compared it to the African hammer-headed bat that was involved in Ivan Sanderson's giant bat sighting in Africa back in the 1930s.

"I think one of our very own members (Tell No One or Intrepid, I think?) has it right, with the Jersey Devil being a misidentified Hammerhead Bat. Compare the pic to the traditional drawing...(especially the head)..[Below-DD]." [Evidently an episode of Monster Quest also had this identification]
http://www.abovetopsecret.com/forum/thread542457/pg9

-On the other hand the False Vampire bat also has a similar elongated snout to the hammer-headed bat and being a New World bat it would be less out of place than the African bat would be. So that is my candidate for the "Pterodactyl" sightings in the area.

As noted on other occasions, The "Devil's hoof-marks" (in the snow) is a separate matter and has nothing to do with any Jersey Devil sightings otherwise. The only connection is that there was once an outbreak of "Hoof-marks" in New Jersey. These seem to actually have a mundane explanation.