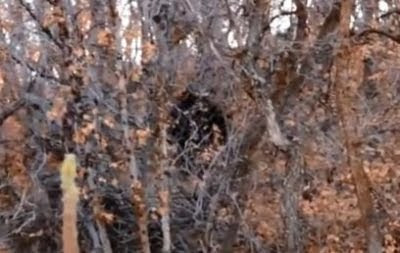 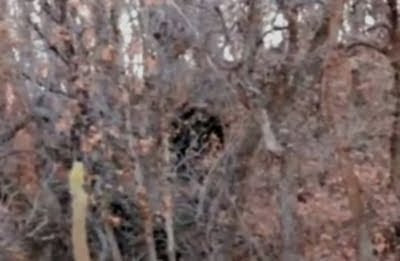 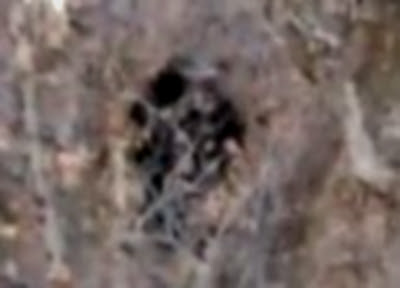 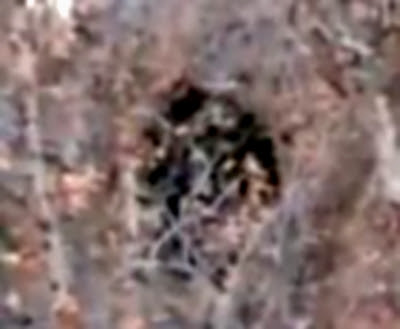 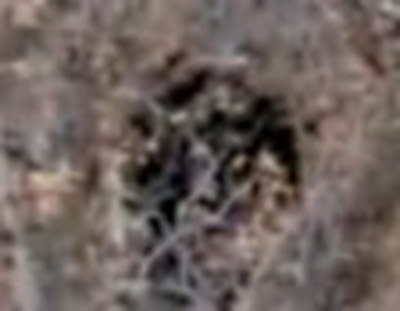 Jeffery Meldrum, an associate professor of anatomy and anthropology at Idaho State University, said there “is very little to go on,” to determine whether or not an actual sighting of Bigfoot took place.

“All we really have contextually is the account of the events by the eyewitnesses. I can relate to the emotions of the situation but it would be nice if they held their ground and waited just a little bit longer to capture more of the creature,” Meldrum said. “When it moves, it is really difficult to interpret. The glimpse is slippery. It is hard to discern.” - ABC News

A Utah man camping in Provo Canyon caught sight of – what he claims – was a black creature in the woods.

The video’s description, named “Provo Canyon Bigfood Encounter?” on YouTube [LINK], says the man was camping near Squaw Peak and Little Rock Canyon Overlook when they saw deer up on the hill.

On their way up, the spotted what appeared to be a bear. But when “the monster stood up and looked right at us,” they fled.

“We had actually been standing there for awhile. We had thought it was a bear up to that point but when it stood up and looked at us it was just massive animal,” said the video’s uploader, who goes by the name Beard Card on YouTube. He did not want his real name to be made public.

“We don’t know what it was. I mean none of us really believe in Bigfoot but we’ve talked about it over and over again since then. It happened on Monday and all of us are positive that thing wasn’t a bear.” - Fox 13 Now

ROTH: "You're not a Bigfoot guy?

CARD: "Nope...none of us have ever believed in that kind of thing."

CARD: "I don't know!...We don't know what it was...I don't know if Bigfoot exists or not but that was a huge animal."


NOTE: There have been 9 Class A & B reports of Bigfoot between 1982 and 2005 in the area within and around Provo Canyon according to the BFRO. I'm still not convinced that this was a hominid or Bigfoot-type creature, but the length of the arm and movement of the subject are very curious. A few more seconds of video may have determined what this really was...Lon

Now I'll just go on record and say what I have been saying ever since the footage just came out. It looks to me very much as if a heavily-coated human is squatting to usae the toilet at the onset. It is a black coat and when he is hunched down behind the trees is when he was mistaken for a bear. After a while he finishes, stands up and the shadow becomes dramatically broader. This is what makes me think he is wearing a coat: he throws the coat back so he can pull his pants up and fasten them again. After this is done, a human arm can clearly be made out to the right of the image area. The figure does not have very long arms nor any other identifying features except when he stands up, he looks really very broad in proportion. If anybody else has a better explanation I'd like to hear it.
Best Wishes, Dale D.
Posted by Anonymous at 15:25