The Strength of the Sasquatch

From the Guinness book of records 1975

A record form the USA of a 100Lbs chimp achieving a dead lift of 600 Lbs with ease suggests that, with training, a Male gorilla could raise 1800 Lbs

--Which by extrapolation would mean that a large adult male Sasquatch could achieve a deadlift of two or three tons, the size of a female elephant, or more precisely in the vicinity of 5500 pounds, going on a flat increase in body bulk. A conservative guess would be more usually half of that or 2700 pounds. Since a Sasquatch is not actually a gorilla blown up to half again the height but more nearly like a sturdily-built human at half again the height, the 2700 pounds probably is more reasonable. It is still over a ton, almost a ton- and-a-half or 3000 pounds under normal conditions.

How can adrenaline help you lift a 3,500-pound car?

When we feel fear or are faced with a sudden dangerous situation, the human body undergoes an amazing change. The stressor -- for example, the sight of your son pinned beneath a car -- stimulates the hypothalamus. This region of the brain is responsible for maintaining the balance between stress and relaxation in your body. When it's alerted to danger, it sends out a chemical signal to your adrenal glands, activating the sympathetic system, which sends the body into an excited state. These glands release adrenaline (epinephrine) and noradrenaline (norepinephrine), hormones that create the state of readiness that helps a human confront danger. Together, these hormones raise heart rate, increase respiration, dilate the pupils, slow down digestion and -- perhaps most importantly -- allow muscles to contract.
All of these changes in our normal physical state prepare us to face danger head-on. Combined, they make us more agile, allow us to take in more information and help us use more energy. But adrenaline's effect on muscles accounts for amazing strength. Adrenaline acts on muscles, allowing them to contract more than they can when the body is in a calm or neutral state.
When adrenaline is released by the adrenal medulla -- an interior region of the adrenal glands, which are located just above your kidneys -- it allows blood to flow more easily to your muscles. This means that more oxygen is carried to your muscles by the extra blood, which allows your muscles to function at elevated levels. Skeletal muscles -- those attached to bones by tendons -- are activated by electrical impulses from the nervous system. When they're stimulated, muscles contract, meaning they shorten and tighten. This is what happens when you lift an object, run or throw a punch. Adrenaline also facilitates the conversion of the body's fuel source (glycogen) into its fuel (glucose). This carbohydrate gives energy to muscles, and a sudden burst of glucose also allows muscles to strengthen further.
So does this mean that we have superhuman strength that is unlocked when we're confronted with danger? That's one way to put it.
Some theorize that we normally use only a small percentage of our muscles' capabilities. When we are confronted with danger, we transcend the limitations of our muscles and simply act. The rush of adrenaline, which accounts for a sudden increase in strength, helps to facilitate a person lifting a car. In other words, when confronted with extreme stress, we involuntarily use our muscles beyond the limitations of their normal voluntary use.
This theory is supported by what happens when a person is electrocuted. Someone who is shocked can be thrown a notable distance from where the shock took place. But this is not due to the electric shock. Instead, it's a sudden and violent contraction of the person's muscles as a result of the electrical charge flowing through the body. This demonstrates a potential for muscle contraction that isn't utilized under normal circumstances. In much the same way that people can't throw themselves across the room, they also can't normally lift a car -- the resources aren't available without the threat.
But why don't we possess superhuman strength all the time? Wouldn't it be beneficial? Read the next page to find out why it's better that we only have bursts of strength.

Why Calm is Better

So why do we only possess strength in short bursts when confronted with danger? Why don't we walk around in a constant heightened state of agitation? The short answer is, it would kill us. Here's the long answer.
­ Turning potential muscle strength into actual muscle strength takes deliberate training. Muscles strengthen over time through use, as in lifting weights. While our muscles may possess potential strength that can be tapped when faced with danger, this can also have dangerous repercussions. Muscles suddenly used beyond their capacity can tear, and joints can be pulled out of their sockets.
The physical state of agitation, too, can cause lasting negative effects beyond immediate injury. Austrian physician Hans Selye studied the human reaction to stress and concluded there are three stages that make up what he termed general adaptation syndrome. The first stage occurs when you encounter stress, the alarm reaction (AR) stage. This stage includes the arousal of your fight-or-flight response to a stressor. All of your internal alarms are activated and you prepare to face danger or run away. The next stage is the stage of resistance (SR). In the SR stage, the human response to danger is in full swing: Your pupils dilate, your heart rate and respiration go up and your muscles contract. At this point you are running for your life, lifting a car off another person or engaged in another above-average activity.
In the case of seeing a person pinned beneath a car, the stressor is short-lived. The body begins to relax and returns to its normal state after a few tense minutes. After the stressor is gone, the parasympathetic system kicks in. This system plays a role opposite of the sympathetic system. When the parasympathetic system takes over, heart rate slows again, breathing returns to normal, muscles relax and nonessential functions (like digestion) immediately begin again. The hypothalamus, which is responsible for triggering both the sympathetic response in the face of danger and the parasympathetic response after the danger has passed, is ultimately responsible for achieving a balance between both. This balance, the body's normal state, is called homeostasis.
When the body stays in an excited state for a prolonged period, it enters the final state of Selye's general adaptation syndrome -- the state of exhaustion (SE). This stage occurs when response to a stressor has gone on too long. In this state of hyperarousal, the body's immune system begins to wear down. As a result, a person will be more susceptible to infections and other illnesses as the body's defenses have been spent on dealing with a stressor. A person in a prolonged state of stress may easily catch a cold or have an increased chance of suffering a heart attack. The state of exhaustion stage is seen most frequently in cases of prolonged stress, such as workplace stress.
So ultimately it's a good thing your body's goal is homeostasis. If we existed in an excited state all the time, we would run out of gas and begin to do actual damage to our bodies.
For more information on the human body, read the next page.


--In noting how powerful Sasquatch is, the most obvious evidence is that they regularlytrunks of dead trees into ures in the forest, frequently resembling tipis and sometime ive enough to provide windbreaks and blinds for hunting forest creatures from cover. The weight of these tree-trunks is considerable and the creatures must routinely combine the efforts of several individuals together in order to create such constructions. 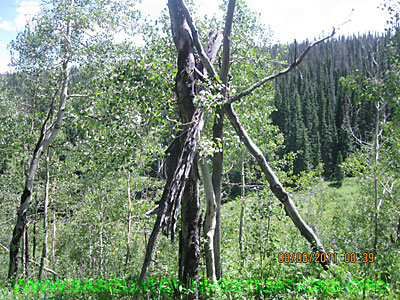 Such structures are found all over the Northern Forests in Canada and Siberia and may be erected by the Eastern Bigfoots: but rarer and more spectacular are the cases where trees have been uprooted and the trunks turned upside down and stuck back into the ground the wrong way around as some sort of markers, which is especially known in Alaska but in fact can be found all the way along the Pacific coast to Northern California. Such tree trunks typically weigh half a ton or more. So maybe we are faced with the possibility that the Sasquatch is like an outsized gorilla that can lift a ton-or two with the adrenaline boost. And regularly able to beat bears in an even fight. Incidentally, Sasquatch tracks are reported around the bases of such inverted trees, I just don't have any good photographs of definite prints handy.

http://bigfootforums.com/index.php?/topic/4408-the-upside-down-tree/
Posted by Anonymous at 07:57