Giant Squid Are a Single Species

Arciteuthis from disparate locations around the world are genetically similar.
By Kate Yandell | March 20, 2013
The deep sea-dwelling giant squid Arciteuthis has turned up all over the world. But, whether in Florida or Japan, the invertebrates are all members of the same species, according to a paper published today (March 20) in Proceedings of the Royal Society B. Analyses of 43 squid from diverse locations showed that their mitochondrial DNA varies surprisingly little.
This lack of genetic diversity is puzzling. While giant squid are elusive, the researchers wrote, their populations are believed to be relatively large and geographically spread out—qualities usually associated with high diversity. The first live giant squid was spotted in 2004, and the Discovery Channel published the first video of the species earlier this year. But partially digested fragments of the cephalopods are found frequently in the stomachs of a key predator, the sperm whale, and scientists believe that they wouldn’t be able to support such common predation if their global population were small.
“It is difficult to reconcile this low genetic diversity with the reasonable assumption that Architeuthis are globally distributed with relatively large population size,” the researchers wrote in the paper.
The team collected 43 squid from diverse locations, including New Zealand, South Africa, and the Falkland Islands. They were found floating dead in the water, washed up on beaches, or as accidental by-catch from deep-sea fishermen.
The researchers said that there were many possible explanations for their findings. The squid’s may have evolved unusually slowly, or they could have recently expanded from a small population to a large, widely distributed one. But the explanation they considered most likely was that the squid were unusually well traveled.
This could mean that the squid, which can grow as big as 18 meters in length, migrate through the oceans as adults. But past studies had shown that they are generally restricted to small hunting ranges. Instead, the researchers said, the squid may long distances on sea currents in a juvenile, larva-like form, keeping geographically separate squid populations from forming. 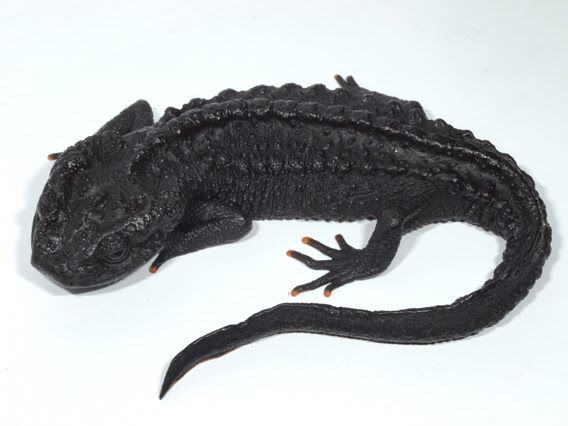 a New species: Ziegler's crocodile newt (Tylototriton ziegleri). Photo courtesy of Tao Thien Nguyen.
Researchers have discovered a new species of Vietnamese salamander that looks like it was birthed from an abyssal volcano. Found tucked away in Tokyo's National Museum of Nature and Science, the scientists described the species in the new edition of Current Herpetology. Coal-black with orange-tinted toes, the new crocodile newt (in the genus Tylototriton) was determined to be a new species when it showed morphological and genetic differences from near relatives. Despite its remarkable appearance, the researchers say these are typical colors for crocodile newts.

The scientists named the new species Ziegler's crocodile newt (Tylototriton ziegleri) after Thomas Ziegler of Cologne Zoo who works with reptiles and amphibians in Vietnam. The new species is small, with males measuring 5.4 to 6.8 (2 to 2.6 inches) centimeters and females measuring 7.1 centimeters (2.7 inches). While genetic testing proved that it was a new species, the morphological differences were key.

Ziegler's crocodile newt is currently only known from only a small habitat of montane forest and wetlands.

"Currently, habitat loss and degradation, especially around the breeding ponds, is a major threat to the populations of the new species," the researchers write in the paper. "Legal protection of their habitats and regulation of excessive commercial collection are important measures for conservation of this species."

Crocodile newts are popular in the illegal pet trade and are often over-collected from the wild. There are now ten known species, eight of which have been evaluated by the IUCN Red List. Of these eight, three are threatened with extinction, four are listed as Near Threatened, and only one is Least Concern.

In the salamander family, newts have rougher skin than other salamanders as adults. Most of the world's salamanders are in the newt family, also known as efts. 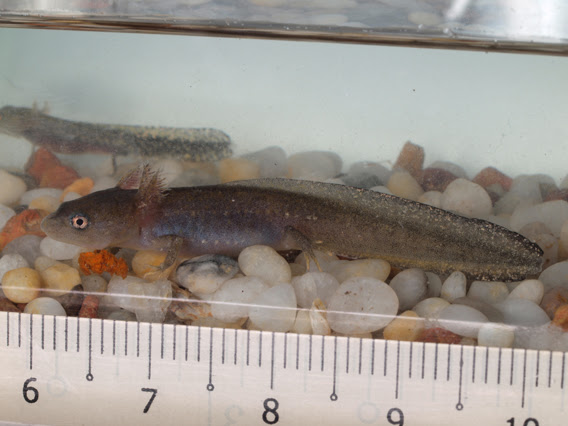 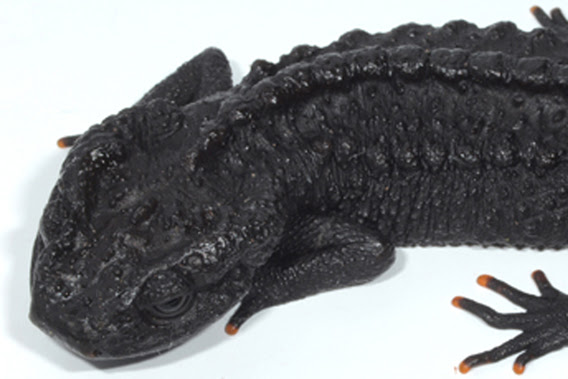