I just found this drawing of a kappa on this site, http://www.onmarkproductions.com/html/kappa-pt.shtml 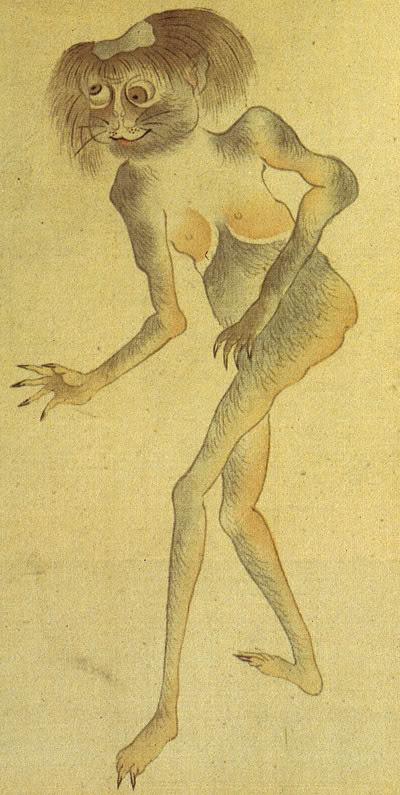 I found it interesting because it depicts the kappa as being covered in hair. And I think it can be identified as a freshwater macaque monkey by the hair on its. The distinctive "afro" and beard look very similar to the mane of a lion-tailed macaque. 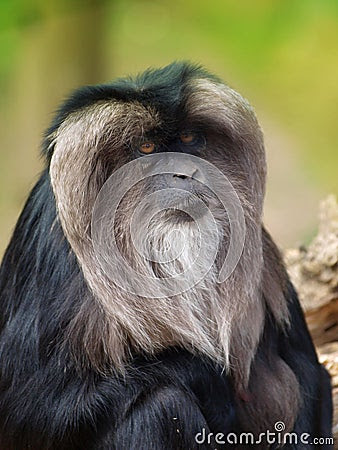 And now that I look at it, I think the "dish" that kappas are described as having may simply be an area of short hair at the top of the head, exactly like the lion-tailed macaque.

Best regards,
Tyler Stone
And my reply was:
Brilliant solution. Talk about the most parsimonious hypothesis! you have my thanks and my admiration for coming up with that angle.

I should also note that Kappas and all similar water sprites have the diagnostic feature of having very thin arms and legs like a monkey would have and not necessarily what an ape or human would have.

Tyler has adjusted my opinion on the Kappas and Gambo since he has started posting, and since he has started posting I have also started revising my opinion about the supposed Pterosaurian sightings: I now think that many reports are actually Pelagornithids which still persist in the warmer regions of the globe as the most parsimonuious hypothesis for some of those reports: but the creatures with a diamond-shaped body and long thin trailing tail has still got to be based on mistaken visual impressions of manta rays. It is also possible that some excited witnesses have confused sightings of the two different creatures. But Pelagornathids do not have tails and could not be construed as having such:
http://en.wikipedia.org/wiki/Pelagornithidae

On the other hand, some birds like the Great blue herons do fly with their legs sticking straight out at back and looking like a long thin tail.
That makes three things that I have changed my mind on as better information came to me.

In case anybody is keeping track.
Posted by Anonymous at 02:12