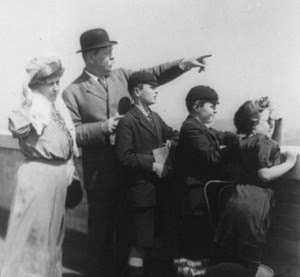 Sea monster sightings have been reported in the Mediterranean since antiquity. Aristotle (fourth century BC) remarked that experienced Greek sailors occasionally encountered unknown sea creatures. The monsters fell into two types: some resembled massive beams of black wood; others were like giant red shields with many fins. A multi-finned monster was observed in modern times by officers of the British royal yacht Osbourne in 1877. Twenty years later another British crew in the Mediterranean saw a huge sea “centipede,” 150 feet long with “an immense number of fins.” In 1742, it was reported that giant eels wrecked tuna fishermen’s nets; similar reports appeared again in 1907, 1924, and 1958.
The Greek travel writer Pausanias, writing in the second century AD, claimed that so many sea monsters lurked in the Adriatic Sea that “their smell hung thick in the air.” Unfortunately Pausanias did not describe the odor. The nineteenth-century classicist J. G. Frazer (author of The Golden Bough) was intrigued by Pausanias’s comment. Frazer sailed the Adriatic several times but he never caught a whiff of anything untoward.
The Roman natural historian Pliny the Elder described another type of sea serpent, said to be about 30 feet long. These  “dragons” swam with their heads raised up like periscopes, in the classic Loch Ness Monster pose. In the late 1890s, a Mediterranean ship’s log noted that a pair of sea creatures whose “heads were like greyhounds without ears” kept pace with the ship sailing at about 8 knots. In 1912, the crew of the steamer Queen Eleanor observed a 25 foot long mottled, eel-like creature with two “humps or coils”  swimming along at the same speed as their ship. [It would not be eel-like if it showed humps or coils above water-DD] Another ship’s log of 1924 reported a 100-foot serpentine animal with raised head moving with “vertical undulations in the waves.” In 1916, Captain Eduoard Plessis, sailing west of Thasos (northern Aegean), was startled to see what looked like a periscope projecting 6 feet out of the water, moving swiftly, about 15 knots. Plessis sounded the submarine warning even though no sub of his day could move that fast.
Sir Arthur Conan Doyle maintained a keen interest in prehistoric animals and paranormal events. In 1928, the creator of the unflappable detective Sherlock Holmes and his wife took a sea voyage to the island of Aegina. Standing on the deck of a steamer, they were gazing at the ancient Temple of Poseidon, god of the sea, on Cape Sounion. Suddenly they were distracted by something swimming parallel to the ship. Conan Doyle recalled that “the curious creature had a long neck and large flippers. I believe, as did my wife, that it was a young plesiosaurus.” Plesiosaurs were marine reptiles that went extinct along with dinosaurs 65 million years ago. Their shape strongly resembles the reported forms of typical sea monsters in the popular imagination, such as Nessie of Loch Ness. Perhaps this incident inspired Conan Doyle to write his story The Lost World, in which extinct creatures are brought back alive to London.[No, the sighting came sixteen years after the book which was published in 1912. The book was also published long before "Patagonian Plesiosaurs" were publicized in the newspapers but the sighting was made close to the same time.-DD]
About the author: Adrienne Mayor is a Research Scholar in Classics and History of Science, Stanford University. She is the author of “The First Fossil Hunters: Dinosaurs, Mammoths, and Myths in Greek and Roman Times” (2000, 2011); and “The Poison King: The Life and Legend of Mithradates, Rome’s Deadliest Enemy,” a nonfiction finalist for the National Book Award.

Illustration from The Lost World: YES, he knew what a Plesiosaur was!

[Charles Paxton criticized Doyle's accounts which called the creature he saw an "Ichthyosaurus" at another time. The answer is of course that Doyle was not actually wholly conversant with the scientific names and that the same confusion occurs with other reports of Longnecked water monsters elsewhere. And in The Lost World, much of the information about the dinosaurs was inexact or incorrect  because Doyle was not really thorough on his research on the subject. But that is not to say that he did not know what a Plesiosaur was supposed to look like -DD]

http://en.wikipedia.org/wiki/The_Lost_World_(Conan_Doyle_novel)
Posted by Anonymous at 11:47