Recently I made friends on Facebook with a man on Facebook and he makes Bigfoot representational sculpted busts. I thought his work was quite good and so I thought I should share them on this blog. Three examples are below. They show a lot of individual character.

Once again I thought the best fit was with the known skulls and reconstructions of Heidelberg man
as shown in examples below. Some Heidelbergers were known to grow over six foot six and possibly as much as seven feet tall, although many were nearer to more average heights for Modern men. 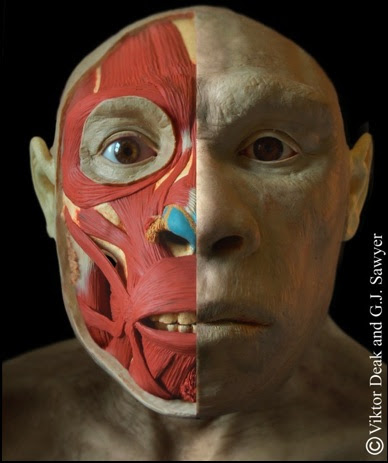 Recent head reconstruction of Heidelberg man below, made from one of the Atapuerca skulls. 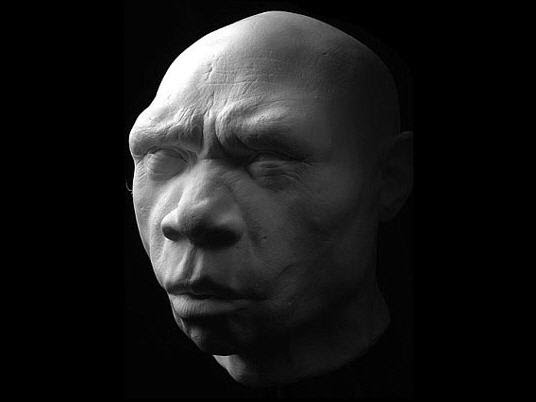 Two different reconstructions of Heidelberg Man showing how human-like and/or how ape-like it is possible they looked in life.

Reconstruction of Heidelberg Man compared with the so-called "Iceman." The first drawing has the hair combed upwards and held up by a crude dressing, something which was done by primitives more recently.
If the modern ones we call Bigfoot still do this, that could account for any sort of weird head shape the witnesses might be reporting
Posted by Anonymous at 12:25